We keep a large selection of marine and diving equipment, from basic to specialist. What we don’t have, we know where to source.

Below is a brief outline of some of this gear. Please get in touch so we can advise on the best equipment for your project.

Marine Department have a mini flotilla at their disposal. We stock a selection of boats that we have found to be the core of most marine projects.  The boats we keep are not standard off the shelf craft, most are built for the Military, some the RNLI others we have had adapted to suit filming on the water. They are vigorously maintained and kept in perfect running order. All our on road trailers with separate off-road trailers which means we can get them into the remotes locations.

ISRB Arancia – Our Inflatable Surf Recuse Boat, used by lifeguards all over the world. Small, quick and extremely nimble. Its a fantastic safety boat that is at home in a breaking surf

RWC – A specially adapted Yamaha Waverunner. This craft may look like a toy but it’s far from it. In with the right helm it is a highly adaptable and capable work tool. Perfect to look after cast in water.

MIB – Military Inflatable Boat, roll it up and throw it out of a plane. Used by special forces the world over. A 5 meter inflatable boat in a bag…. albeit a big one. Quick to deploy, I would choose this boat in rough seas over many hard bodied boats, its bomb proof. We use it for, safety/rescue, camera boat, transferring cast and a platform for a director to get close to cast in water while having access to a monitor on a set of legs secured. Lakes, open water, beaches. This boat has proved its self time over.

MD-02 Assault Boat. Built for the military, this little tub is deceptive. Not only can it carry a large payload for its size but the carbon glass fibre mix makes it lightweight and extremely stable. A perfect platform for a jib arm resulting in a great little camera boat.

MD-23 Rigid Raider, Another boat built for the military but this particular one was used by the Northern Irish Police. A solid work boat that every now and then will have camera crane on it. Strong, fast and stable.

MD-50 US Attack Boat. Made for our friends over the pond, this was once owned by the US Marines. After they had finished with it we took it off their hands. Actually indestructible. Made of High Density Poly Urethane aka solid plastic. Antother solid safety/recuse work craft.

Marine Department work with Directors and Art Departments to find the picture boats that not only look right on screen but also work practically. We can look after picture boats from concept to wrap. Sourcing, transport, licensing, maintenance to selling the boats or storing and maintaining.

We’ve found 1800s sailing boats, pirate ships, ultra modern luxury super yachts to oil tankers. If it doesn’t exist we know where to get it made.

We would like to design the ‘perfect’ camera boat but what we have come to realise is that there is no such thing. Every project varies which mean the requirements for camera varies. High speed boat to boat, low speed, static, shallow water, open water, jib arms, camera cranes, hand held. Through experience, once we know the shot, we know the right type of boat needed to achieve it. If we don’t have what is needed we will be able to find it, wherever it maybe.

Marine department are one of the only UK suppliers of Diveways full face masks, with 10 white silicone masks in stock.
These masks are perfect for film and television as they allow a full face view. Unlike other full face masks, they do not have an oral-nasal pocket which enables you to see the presenter/actor’s face clearly. They also have side windows, allowing different and interesting angles to be found, unlike other masks which can restrict filming possibilities. This makes these masks ideal for pieces to camera in documentary style programs or in features/drama to fully capture the actor’s facial expressions.

Our masks have a specialist sound system developed by Production Sound Mixer, Ivor Talbot, using DPA mics. This was developed to make the mics as discreet as possible so as not to obstruct the actors faces, and also to get the best underwater sound possible. This video demonstrates the advantages of the sound system we use, (https://www.soundnetwork.co.uk/product-news/production-sound-mixer-ivor-talbot-records-dialogue-underwater-with-dpa/).

The masks come with Apeks regulators as the breathing apparatus as standard. We also have other scuba equipment available to hire with the masks if your production needs it, such as air tanks and BCD jackets.

We have specialist technicians that are sent with the masks, they ensure the safety of the equipment and are therefore required to be hired alongside the masks. They are there to train anyone using the masks, train in-water safety divers on how to assist actors with the masks, and for equipment maintenance to ensure smooth running throughout your shoot.

Most recently our masks were used on “47 Meters Down – Uncaged” a feature film shot almost in its entirety underwater.
https://www.imdb.com/title/tt7329656/ 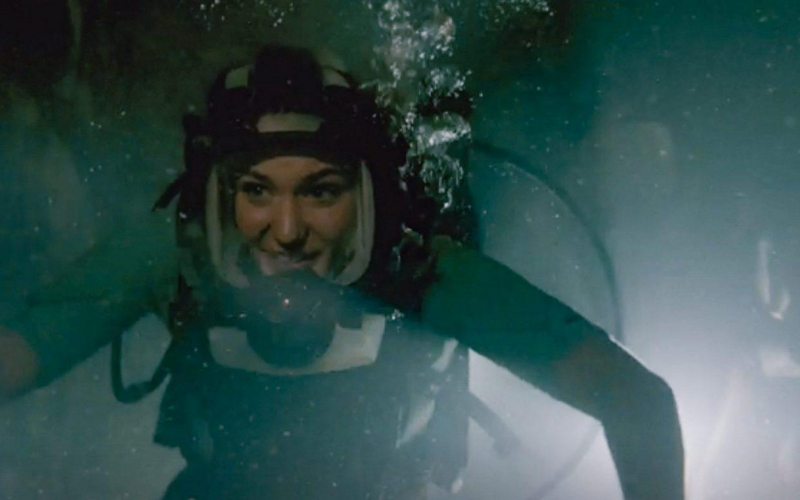 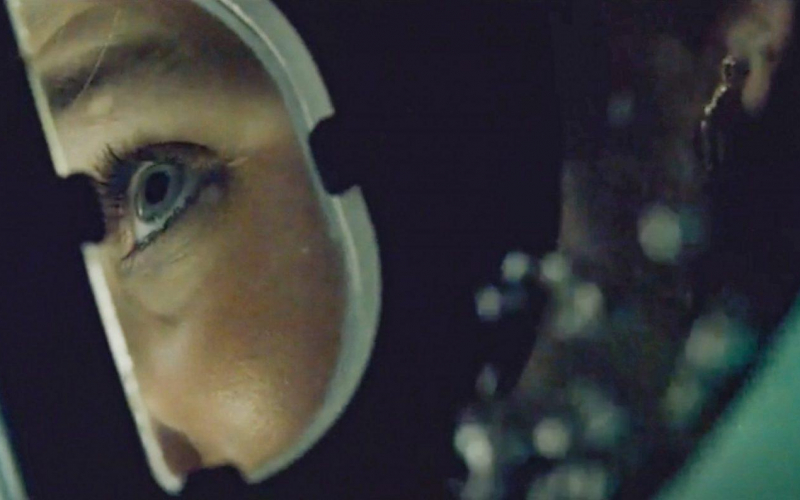 Beyond the specialist diving full face masks we have an extensive range of standard diving equipment for hire, including regulators, air tanks in multiple sizes, and BCD jackets from XS TO 2XL. This equipment can be used for underwater crew and/or artists.

When working underwater “comms is key”, for safety and a seamless shoot. We have a state of the art underwater communication system which has crystal clear audio allowing directions to be easily passed to underwater crew and talent. We pair this with underwater witness cameras which provide a wide angle view of the shooting space.

Our team of dive specialists can help with everything you could need underwater. During the pre shoot, they can build underwater sets, perform artist dive training and assist with props and wardrobe testing allowing the vision to be fully realised. Throughout shooting they will assist artists and underwater crew allowing for safe and managed underwater sequences.

We have a large stock of drysuits and waders in a variety of sizes. This allows the film crew to work safely and comfortably on the shoreline, wading or operating mid-water.

Marine Department teamed up with a leading UK lifejacket manufacture to design a lifejacket suited for the media industry. The jackets are low profile and slimline with all light reflective coatings removed from the cover to avoid camera glare.

A question we we should be asked more often ‘what is a lifejacket?’…. Lifejackets are worn by people who have no intention of going into the water, if they find themselves in the water it is likely an accident. The lifejacket will inflate automatically and will float them onto their back. It will support their head in a way that will allow you to breathe even if they have been knocked unconscious. The inflatable bladder is hi-viz with light reflective tape. All of our lifejackets also have water activated lights so even at night someone in the water is easily identified.

All of our lifejackets are fully approved and carry the relevant CE or ISO mark, complete with lights for night-use. Rated at 150N for the ISO12402 standard with an actual tested buoyancy of 170N.

Our lifejackets can be configured to inflate by either water immersion activated (automatic) or manual operation, differentiated clearly by colour coding. This allows crew to wear lifejackets to suit the area and nature of operations and allows us to easily identify if a member of crew is wearing the correct PPE.

For the younger members of the crew we have children’s lifejackets.

We also carry a comprehensive servicing kit and have trained technicians on our team who can re-arm and service lifejackets on site. This enables us to keep marine operations running when on location, minimising the risk of disruption in the event of any water-activation of a crew lifejackets.

This surpasses HSE requirements to fall in line with the Martine Coastguard Agency’s recommended standard.

We hire lifejackets on a daily, weekly or monthly basis.

We know that incidents on or near the water require specialist equipment and training, so we come prepared for every eventuality, with a full suite of waterproofed medical equipment as well as stretchers and immobilisation.

Not every location permits easy road access for land ambulances – we have experience in planning and effecting extrication of casualties by land, sea and air.

The lego bricks of the sea! We utilise modular pontoons a lot, as they are such a versatile and adaptable form of platform. We can optimise them for use in any marine environment, scaling them to be small enough to use in a swimming pool, up to huge pontoons in the sea capable of taking great payloads. They have a multitude of uses, on camera and off, from walkways, vehicle ramps, moon pools, camera platforms to bathing platforms.

With a comprehensive suite of mud rescue equipment, including lances, mats and sleds, we can mitigate risks of entrapment in mud and are can advise on necessary safety precautions for filming where mud poses a risk.

We hold ourselves to a high standard when it comes to safety and rescue. A lot of us work for other organisations such as the RNLI, HM Coastguard and the Ambulance Service. We bring that experience, equipment and training to set. If an incident does occur we are well rehearsed to respond, quickly and efficiently.